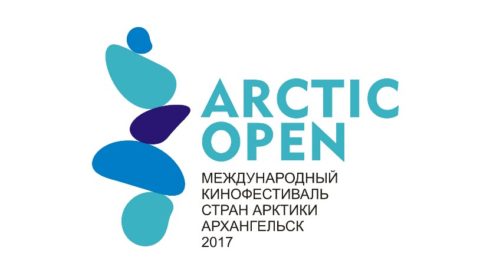 Then more than 200 films from participants from 9 countries were applied. About 100 professionals and aspiring filmmakers came to Arkhangelsk to take part in the competition, to watch and discuss the work of colleagues. 30 of the best received awards.

The successful experience prompted the organizers of the festival a new initiative. Now the First international festival of Arctic countries invites filmmakers from Russia, Denmark, Sweden, Norway, Canada, USA, Iceland, and Finland – countries in the Arctic zone, to show their films and participate in competition programs. Festival organizers expect that it will show the development of national cultures, identity formation and the search for spiritual and moral compass in the modern world, respect for the vulnerable Arctic nature. In the spotlight there are natural, historical and cultural sites of the Arctic, conservation and development, culture and traditions of the indigenous peoples of the North, the creative activity of people.

The organizers have planned an extensive program which will be interesting to participants and guests of the festival. The show will be opened by the winner of one of the categories of the last Moscow International festival – the film “Not for river”, shot in the Arkhangelsk region. Open competitive screenings of feature and documentary films will be held in two cities – Arkhangelsk, Severodvinsk, from 7 to 9 December. The festival will include master classes, including crowdfunding.

All details about conditions of participation in the First International festival of the Arctic “Arctic Open” can be found on the website of the Foundation “Bereginya”, the same is to fill the application form for participation in the festival:  http://fbereginya.com/festival-bereginya/

The deadline for receipt of applications is 1 October 2017.

We use cookies on our website to give you the most relevant experience by remembering your preferences and repeat visits. By clicking “Accept All”, you consent to the use of ALL the cookies. However, you may visit "Cookie Settings" to provide a controlled consent.
Cookie SettingsAccept All
Manage consent

This website uses cookies to improve your experience while you navigate through the website. Out of these, the cookies that are categorized as necessary are stored on your browser as they are essential for the working of basic functionalities of the website. We also use third-party cookies that help us analyze and understand how you use this website. These cookies will be stored in your browser only with your consent. You also have the option to opt-out of these cookies. But opting out of some of these cookies may affect your browsing experience.
Necessary Always Enabled
Necessary cookies are absolutely essential for the website to function properly. These cookies ensure basic functionalities and security features of the website, anonymously.
Functional
Functional cookies help to perform certain functionalities like sharing the content of the website on social media platforms, collect feedbacks, and other third-party features.
Performance
Performance cookies are used to understand and analyze the key performance indexes of the website which helps in delivering a better user experience for the visitors.
Analytics
Analytical cookies are used to understand how visitors interact with the website. These cookies help provide information on metrics the number of visitors, bounce rate, traffic source, etc.
Advertisement
Advertisement cookies are used to provide visitors with relevant ads and marketing campaigns. These cookies track visitors across websites and collect information to provide customized ads.
Others
Other uncategorized cookies are those that are being analyzed and have not been classified into a category as yet.
SAVE & ACCEPT